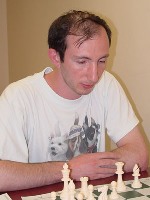 I was born in Gomel, in former Belorussia, USSR, which is now the Republic of Belarus, in 1972. I started to play chess at the age of 6.

My coach for the next 12-13 years was my brother, IM Alexander Mikhalevski. During these years I won not less than five Belarus championships for my age category and thus participated in five Junior USSR Championships.

In 1991 I moved with my family to Israel. Two months later I shared 2-3rd place in the Israeli Open Championship. Later the same year and also in 1992 I won two Junior Israeli Championships. In the summer of 1991 participated in the Junior World Championship. IM from 1993, GM from 1996. 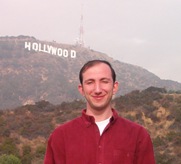 Here are some of my best results since 1991 until today:

I have played the King's Indian as White since my childhood and I can remember just two games as Black. In one of them I've mistakenly played 3...Bg7 instead of my usual 3...d5 (the game was played in the morning!) against GM Huzman and obtained a good position. My most recent win in the King's Indian, against the top 30 player Smirin, will be analysed in the March Update.

Anglo-Swiss GM Smokin' Joe is arguably the World's most popular openings' writer - every book of his immediately jumps to the top of the chess best-sellers' list.

His easy-going writing style combines deep analysis, born of his profound openings knowledge, with his sense of humour.

Joe spent most of his early years in Wimbledon, home of British tennis, but preferred the more sedentary sport of chess.

He moved to Switzerland when he married his Swiss wife, Corinne, and currently enjoys double nationality and plays for the Swiss national team.

Joe is one of the most successful GMs on the European open circuit, with a sharp tactical style, and openings that allow him to play for a win with the white or black pieces.

His knowledge of the King's Indian Defence is second-to-none (well, maybe second only to Gary!), and he is the obvious choice to lead subscribers through the theoretical ins-and-outs of this super popular opening.

Professional Chess Coach-currently Chief Coach to the English Junior Squad. Trainer of 4 previous and current Junior World Champions as well as a battery of National Junior Champions. Teaches Chess in seven separate Schools-very interested in developing this side of the game.

Favours original and creative play thus the King's Indian is a natural area of research.